he price of Bitcoin (BTC), the top-ranked cryptocurrency, currently sits around $9,000, after last week's impressive 20% rally in a single day.  With the halving now less than 2 weeks away, it might seem like a no brainer to go long on Bitcoin to catch the next explosive move.

However, there is one chart view that suggests we may have topped out, and that is what I’ll start with today.

If in doubt, zoom out 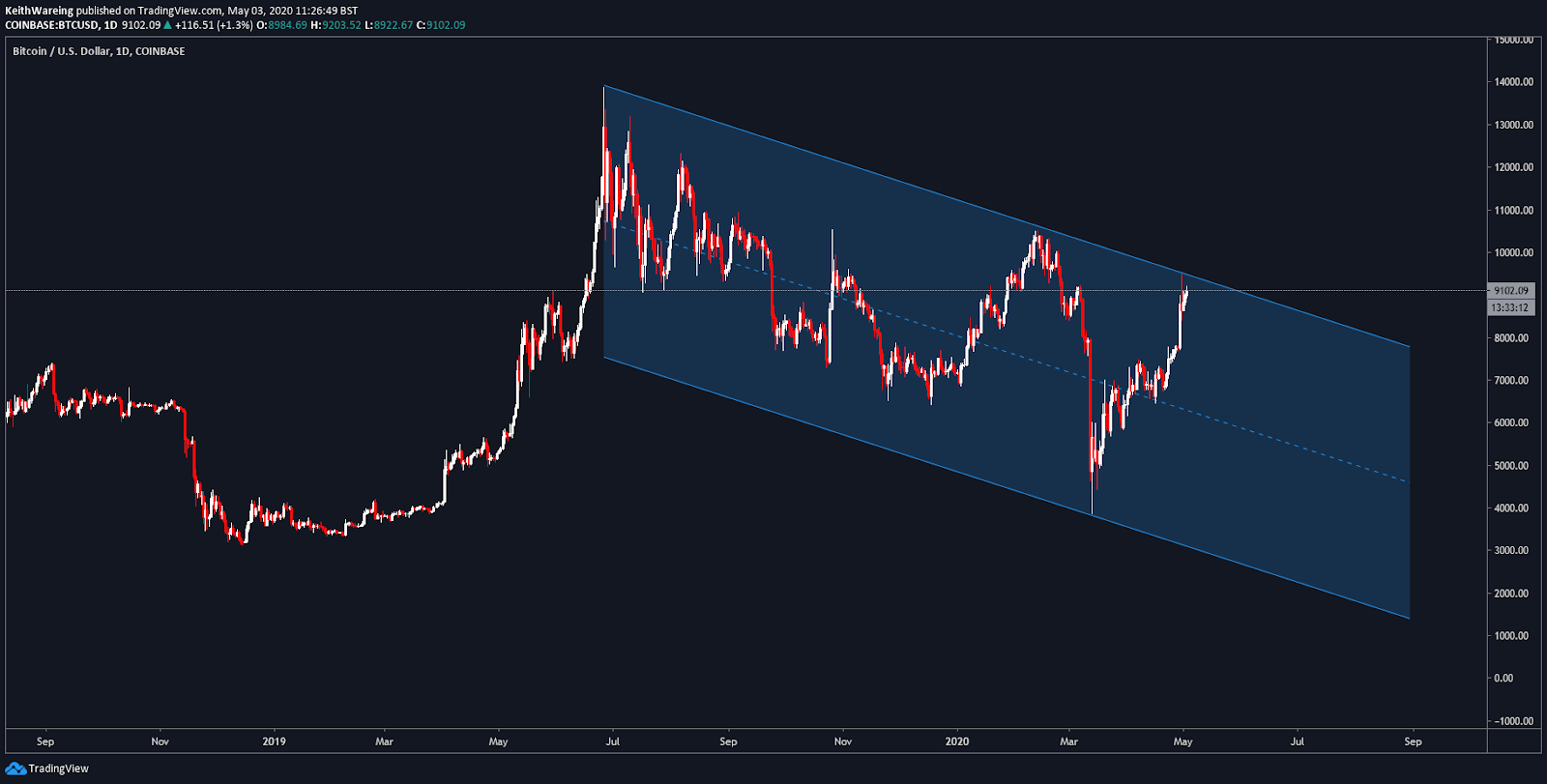 In last week's analysis, I shared two possible ascending channels, one of which was invalidated leaving one in play. This week, I want to look at the possibility that we were not inside either channel and the fact we could still be in a downtrend since the June 2019 pump that almost hit $14,000.

The upper trend line is validated by three touches. However, the lower trendline of this channel puts the immediate downside as low as $3,000 with the moving average around $6,300. These are not numbers that I expect Bitcoin to see again, but it would be foolish to not be prepared for it.

The Fib hints at what a breakout could bring 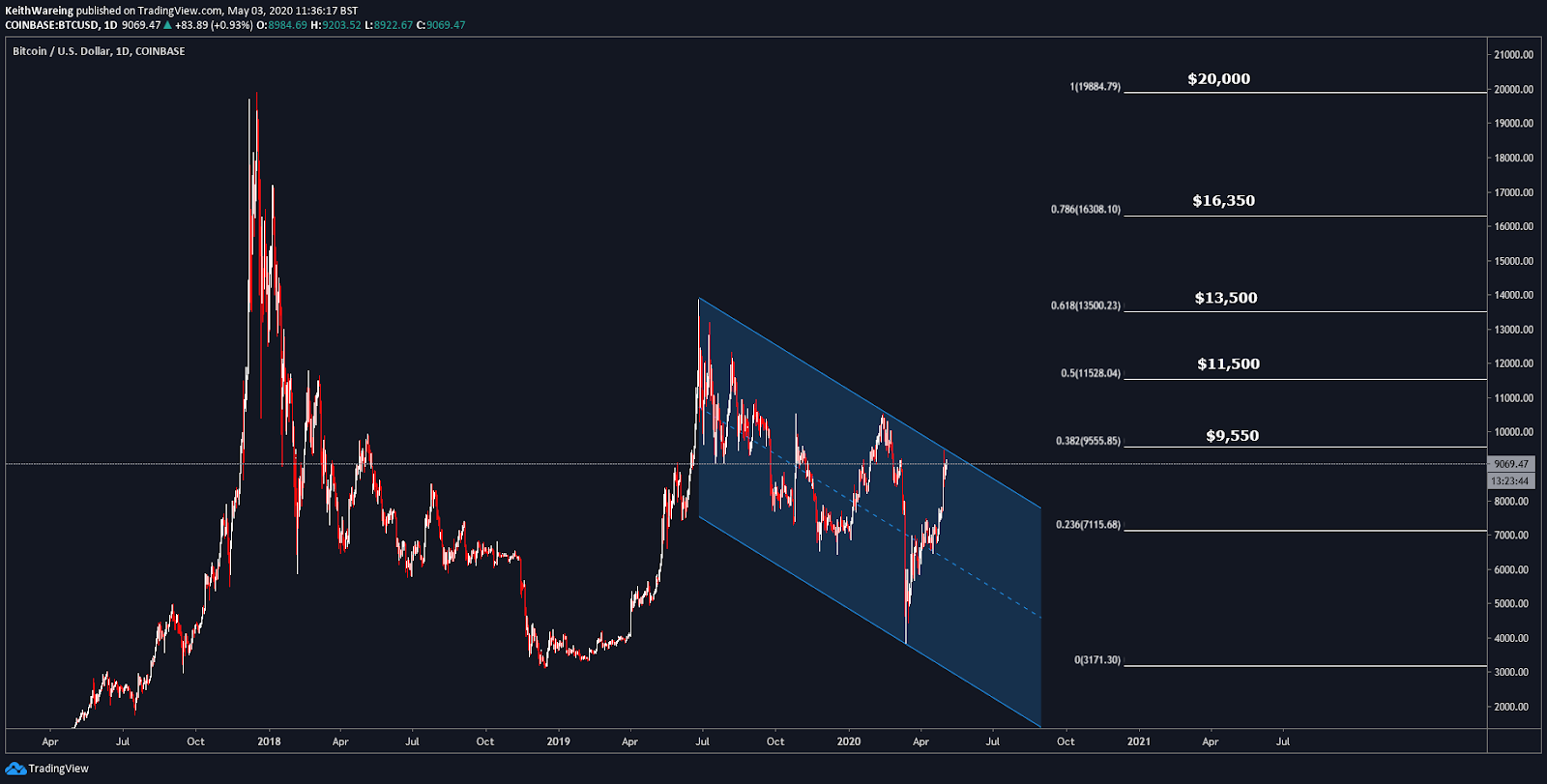 The Fibonacci retracement levels from the ATH of $20K per Bitcoin are showing us that a breakout today could see us return to much higher levels than previously expected.

Now that's all well and good, but “number go up” doesn’t always happen, and one such indicator that can be relied on to confirm the direction we’re headed based on the current momentum is the monthly Moving Average Convergence Divergence indicator or MACD.